Hasbro completely ignores Star Wars Visions, the anthology series showcasing different takes on the Star Wars universe by Japanese anime studios. Whether you liked the shorts or not, you certainly won’t deny the fact that various character designs or even smaller things like the different lightsabers that more resemble traditional katana are visually striking and would make for excellent (action) figures. But this is a world where Marvel’s “What If” animated series can get a dedicated figure line in Marvel Legends (by the very same company that also has the Star Wars license), but Star Wars Visions gets nothing and things like The Bad Batch and even The Mandalorian get the bare minimum. Japanese toy company Banpresto is now the first to offer at least something for fans of the Visions aesthetics. You can buy three vinyl statues, the main characters from the short “The Twins” and Ronin from the episode of the same title. Why is the support of new Star Wars entertainment by Hasbro so lackluster and seriously lacking in almost any respect? Check out the Visions statues after the jump and let’s also discuss the appaling lack of support for new Star Wars series and movies by Hasbro.

First, let’s take a look at the three Visions statues Banpresto is offering. 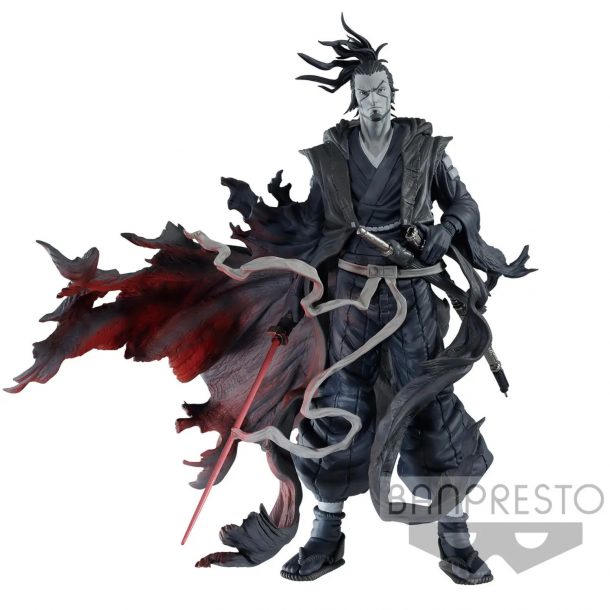 Then there are the titular twins from the “The Twins” episode in what is a very alternate universe take on Luke and Leia, here named “Am” and “Karre”. 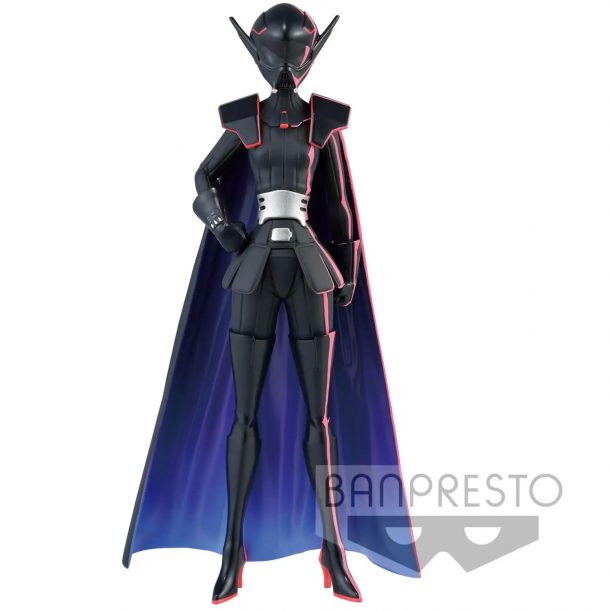 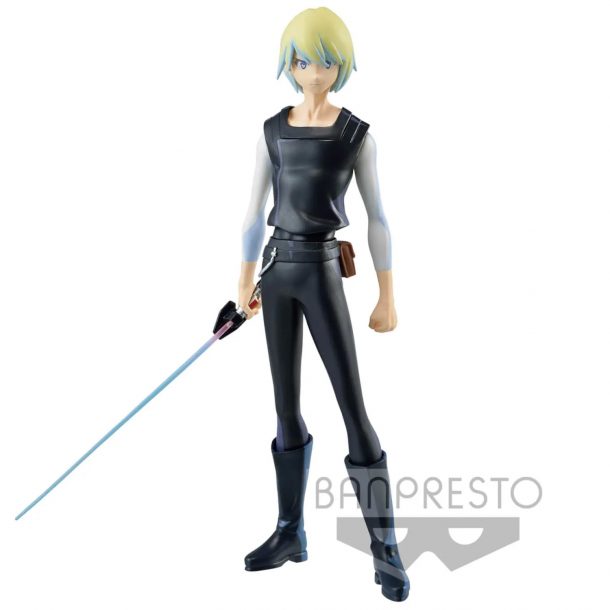 Now of course not everyone will collect vinyl statues and to most readers here on JTA it would certainly be much preferable if Visions action figures were available. As mentioned before whether or not you liked Visions is one thing, but you certainly will appreciate the toyetic quality of quite a few of the character designs and it’s a shame there is literally nothing available. At all.

How come Marvel’s “What If” can get action figures, even an entire wave with a BAF included, and Star Wars, allegedly one of the most popular entertainment franchises in the world, gets exactly nothing from Hasbro for Visions, the very same Hasbro that makes “What If” figures? 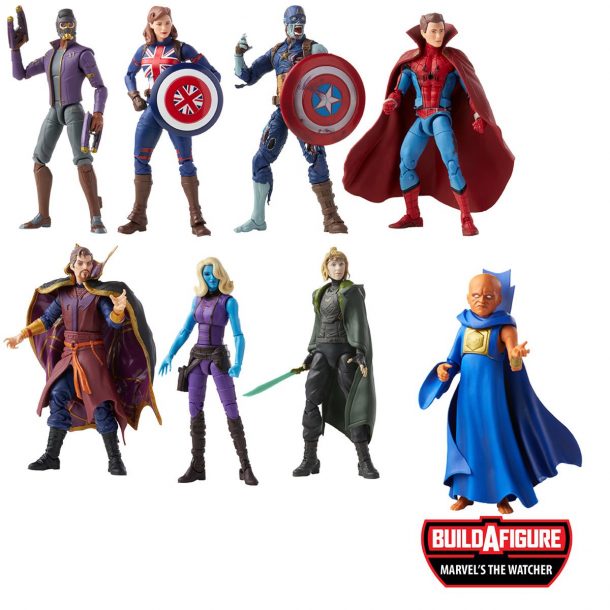 Marvel “What If” action figures by Hasbro

Now, to be fair, “What if” actually made it into the top 10 Nielsen streaming charts, something Visions did not achieve with a similar episode count. So chances are the Marvel series is a lot more popular. But then again, the (hardcore) Star Wars collecting community is no longer massive to begin with and in my opinion many of us would most certainly appreciate figures from shows like Visions and more figures from things like The Bad Batch or maybe even older things like Rebels or Resistance than getting the gimmicky credit collection or carbonized figures.

And what are the bets that Hasbro will do the bare minimum for “The Book of Boba Fett”? We know of two figures so far, and both of them are based on how we first saw them in The Mandalorian.

It seems to me that Star Wars is slowly getting caught between a rock and a hard place, where nostalgia for 40 year old movies still has this huge impact on the toyline to the point it may actually have a negative impact on the franchise when nostalgia is the only thing you rely on and where the toyline based on the sequel trilogy crashed and burned and became a thing to even ridicule (anyone remember the banana visor memes or the Rose Tico Valentine’s Day PR stunt by Entertainment Earth?), resulting in a toyline that caters more to the Lucas era than relevant and current entertainment. Were it not for The Mandalorian things would look even worse.

Now of course the original trilogy is an important part of collecting and Star Wars as a whole and everyone loves it, but in my opinion a more balanced and healthy mix of toys is required. What keeps Hasbro from dedicating one wave of TBS and TVC to things like Visions where they release 8 figures based on the show in one go? Fresh and new designs instead of the same old same old we surely love, but is also, well, getting old.

I would like to learn more about your point of view! Are you happy about the current assortments? With the mix of old and new we have and the complete absence of anything from Visions, lackluster support for Rebels (other than the mostly just the main crew available for the Black Series, not TVC), even more lackluster support for The Bad Batch (only the main crew will eventually be available for TBS, nothing for TVC), absolutely nothing for Resistance (5POA figures were all people got), not even the very nice spaceships for the 3.75 inch scale and even almost nothing for a movie that made $1 billion at the box office, The Rise of Skywalker. Now, in my opinion The Rise of Skywalker was a cineastic disaster, this movie is probably worse than The Phantom Menace on a very fundamental level and an insult to anyone’s intelligence, but several character designs are certainly toyetic and absolutely worth having in your collection. Why is there no TROS Emperor in ANY line? Where are flashback Luke and Leia? All of these things are heavily based on original trilogy designs and should appeal to all Star Wars toy collectors, no matter what you think of the actual movie.

And if you are not happy about the current assortments… would you appreciate a little more focus on new series and movies? Would you have liked to see one wave each in TBS and TVC with Visions figures? What about more Rebels characters, outside of the main cast (and again, TVC has zero options here so far) or maybe even characters from a show that outright flopped, Resistance? Several of the spaceship designs are infinitely more interesting than the same old 44-year-old X-Wing design Hasbro is selling collectors in repainted varieties. 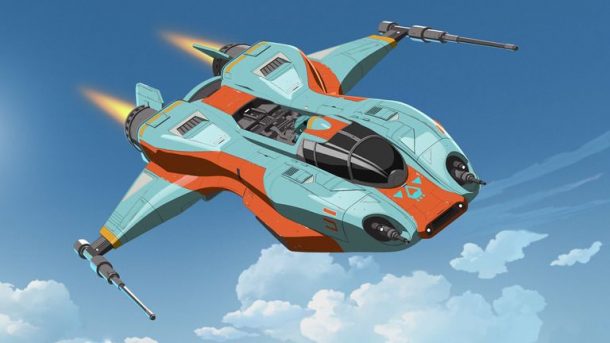 The Porsche spaceship from Resistance

I mean, who wouldn’t want a GULF Porsche 917 inspired Star Wars spaceship? Isn’t that more exciting than the n-th X-Wing repaint? Or would you still rather have a repainted X-Wing instead of something new? I didn’t particularly enjoy Resistance as the show suffered a lot from bad storylines, false advertising and mostly boring characters, but that does not diminish my appreciation of the designs in the show and I would have been interested in several of the spaceships (with pilot figures of course) from the series. And who knows, maybe a great toyline with visually striking spaceships would have boosted the popularity of the show instead of offering the bare minimum (which may or may not have been what Hasbro was obligated to do without much love or support really).

In light of all the upcoming new shows, Kenobi, Andor, Ahsoka, Acolyte etc what are the chances Hasbro will offer healthy toylines based on these shows? And not just the bare minimum? Or will they share the same fate as Visions? I feel nostalgic about the original Star Wars like anyone else here, but I also feel that for Star Wars to remain relevant it also needs to embrace new things, the same goes for the toys. At what point do you own enough repainted X-Wings and when is it more exciting to get a spaceship from a lackluster show, but with a visually striking and (for Star Wars) new design?

Leave your thoughts in the comments! And thanks to Darth Rizzen for the Visions vinyl statues heads up!

You can buy the Visions vinyl statues on Zavvi (the website will pick your region for you, so it’s one link for all).

Slatted Wood Fireplace Redo - Before and After Photos